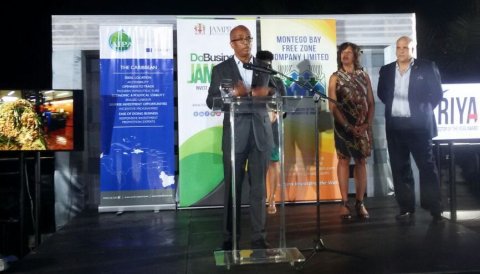 Unicomer receives Investor of the Year awards from CAIPA

“Unicomer believes strongly in the future of our business across the Caribbean Region. Receiving these awards further strengthens our confidence in our business  strategy and our future prospects for progressive development. As an integral member of the local landscape within the countries we have established a presence, we are committed to living our values as we foster new investments, generate employment, and deliver exceptional service to our customers and other stakeholders.”

In November 2017, the Group officially launched its regional headquarters in Trinidad and Tobago where it has been operating since 2006. Over the last two years, InvesTT’s facilitation team had been instrumental in the successful execution of the multi-million dollar investment by engaging with the relevant authorities on behalf of Unicomer for the construction of a frontage road which was critical to the success of the project.

Stacy Adams, Vice President Investor Services at InvesTT, states that Unicomer was a strong contender for the awards mainly because of the transformational nature of their US$50Mn Freeport Campus investment and what it means for futurebusiness development in that area.

Unicomer (Trinidad) Limited is the parent company for the following brands in Trinidad and Tobago with over 1000 employees - Courts, Courts Optical, Ashley Furniture HomeStore, RadioShack, Lucky Dollar and ServiTech.

“At Unicomer (Trinidad) we feel a tremendous sense of pride to be recognized as a retailer of choice within the Region and our industry. Our investment in our people, communities and customer care is a step in the right direction for building a sustainable and successful business.”

The RIYA is a collaborative initiative between Caribbean Export Development Agency and CAIPA to recognize and promote the contribution of foreign and local investors to the development of the Caribbean economy.
Source: InvesTT