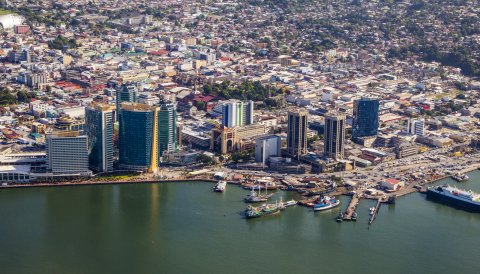 InvesTT Limited, Trinidad and Tobago’s national investment promotion agency (IPA), is taking proactive steps in the midst of the global pandemic to generate awareness and to position Trinidad and Tobago as a robust investment destination. Given global/regional travel and border restrictions which began in 2020, the IPA has actively adjusted its foreign direct investment (FDI) attraction strategy by strengthening its collaboration with Trinidad and Tobago’s diplomatic presence in foreign countries. A series of virtual events are on its calendar for the rest of the fiscal year with the objective to increase the country’s visibility and potential for increased FDI inflows to targeted industries.

On June 22nd 2021, InvesTT’s executives presented local investment opportunities in Trinidad and Tobago to Indian businesses participating in the Global Trade and Investment Virtual Interactive Series hosted by the PHD Chamber of Commerce and Industry in New Delhi, India. The IPA’s participation in the webinar arose out of collaboration with this country’s High Commissioner in India, His Excellency Dr. Roger Gopaul.

President of InvesTT, Mr. Sekou Alleyne and Vice President, Investments Mrs. Pramilla Ramdahani presented investment opportunities in Manufacturing, Maritime, Logistics, Business Process Outsourcing and Hotel Development. They also outlined current industrial real estate opportunities at the Phoenix Park Industrial Estate and the Tamana InTech Park. The President, Mr. Sanjay Aggarwal, and members of the PHD Chamber expressed early interest in doing business with Trinidad and Tobago through requests for information on incentives, how to set up a business in T&T and partnership opportunities with local entities. The PHD Chamber also indicated its intention to hold future discussions to explore the possibility of an MOU between both organizations with the aim of deepening the partnership on both sides of the Atlantic.

On June 23rd, also as part of the IPA’s strategic alignment with T&T’s overseas missions, InvesTT met virtually with a group of T&T diplomats located in the Americas, such as Guyana, Toronto, Washington, Miami, Brazil, Panama and Costa Rica. Discussions centered around opportunities to identify and engage investors, including the diaspora, in their specific foreign jurisdictions.

Since the beginning of the fiscal year, InvesTT has held exploratory meetings with many of Trinidad and Tobago’s missions and consuls, some of them yielding results such as presentations to the European-Caribbean Chamber of Commerce which was organized through this country’s diplomatic presence in Brussels. InvesTT also meets on a regular basis with this country’s embassy in Beijing which has been strategic to the promotion of the Phoenix Park Industrial Estate throughout major provinces of the People’s Republic of China.

High on InvesTT’s virtual calendar of events for the rest of the fiscal includes trade and investment missions with Panama as well as a Trinidad and Tobago Investment Forum in collaboration with the Caribbean Export Development Agency (CEDA).