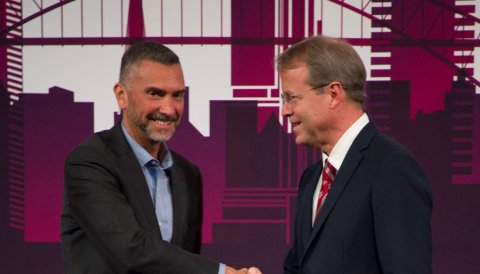 The award for 2019 Top Investment Promotion Agency in Central America & Caribbean was presented to InvesTT at The 2019 World Forum for Foreign Direct Investment (FDI) held in Sydney, Australia. InvesTT, the national IPA of Trinidad and Tobago, continues to proudly maintain its rank amongst the best IPAs in the world. InvesTT has been the recipient of the internationally recognized award on two prior occasions, the first in 2015, just two years after the IPA’s establishment and the second in 2017.

“This award is an important milestone for Trinidad & Tobago. Being ranked as the best Investment Promotion Agency in the region clearly shows that our country has made great strides in creating a business environment that is attractive to foreign investors. Trinidad & Tobago is truly, “Open for Business”. We actively seek and welcome investments from across the globe.”

InvesTT is actively involved in the promotion of the country’s investment opportunities, sourcing of investments and growing the nation’s GDP outside of the Petrochemical Sector.

Recognition was also accorded to Trinidad and Tobago as a top investment destination. The country ranked as one of the Top “Global Best to Invest” Locations in the Caribbean. Mark Arend, Site Selection Editor in Chief, stated: “Those appearing in the rankings have demonstrated with actual numbers and other measures, that they have the location attributes most in demand by capital investors.”  Trinidad and Tobago obtained the ranking based on its performance in the areas of total amount of investment and investment projects as well as investment value per capita.

“There is no other award in the world that recognizes the important work IPAs do, and the massive economic benefits the best of them create for the communities they serve. Winning organizations like InvesTT make such a huge difference for their communities, creating jobs and prosperity for their citizens. Their impact is all too often overlooked - this award seeks to shine a spotlight on the best of the best of these remarkable organizations.”