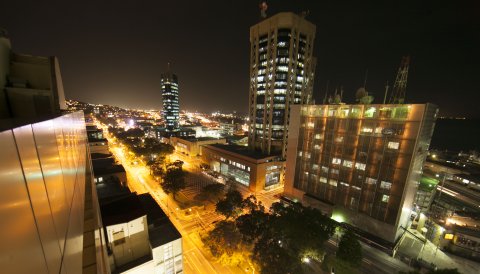 The potential of T&T within the Business Process Outsourcing (BPO) industry has received further validation with the recent release of AT Kearney’s Global Services Location Index (GSLI) report, which ranks this country at number 40.

For the second consecutive year, T&T has been acknowledged in the now eighth edition of the study, titled The Widening Impact of Automation, which analyses and tracks the off-shoring landscape in 55 countries.

The 2017 ranking moves this country up two places from the previous year, extending the nation’s credibility and lead over long-term, nearby players such as Jamaica and Canada.

What works in T&T’s favour is its English-speaking, highly skilled labour, as well as its proximity to the Latin American and Caribbean markets, and overall financial competitiveness.

This latest ranking signals once more the country’s increasing international profile as a BPO service provider and underscores the leading role the expansion of the financial sector will play in achieving ongoing economic prosperity.

“This is a major achievement for T&T as we continue to promote our country as a competitive location for financial services,” said Aliyah Jaggassar, who spearheads the development of the local Finance and Accounting (F&A) BPO sector as the Vice President - BPO Shared Services Development at the T&T International Financial Centre (IFC). “Additionally, the report is a key tool used by companies across the world in deciding where to locate their offshore operations.”

The GSLI is based on metrics in three categories: financial attractiveness, people skills and availability, and business environment.

According to the index, Asian countries continue to dominate with India remaining in the top spot followed by China and Malaysia in second and third positions.

The research also addresses the challenges that the global sector faces from automation, highlighting that the jobs which will be impacted reside in the major outsourcing centres where there is a concentration of low-skilled, repetitive jobs.

“This analysis is important as it confirms we are on the right track.

The job opportunities that the Trinidad and Tobago IFC is creating locally to achieve its goal of developing the financial services sector will generate high-value employment within the F&A BPO sector,” Jaggassar added.