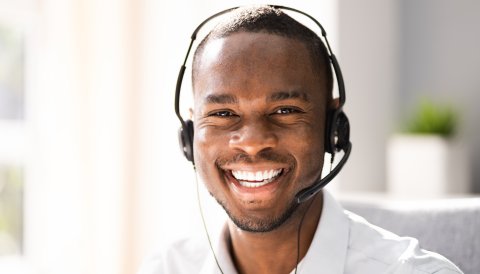 Since the hosting of its inaugural Trinidad and Tobago Investment Forum in November, more investors have been calling on InvesTT to facilitate their interest in this country as an emerging BPO destination. Low labour costs, government openness and digital infrastructure are seen by serious prospects as some of the location’s key competitive advantages.

“A customer service agent may be paid USD3.00 to USD3.50 per hour in Trinidad and Tobago compared to the United States where the lowest salary for agents can be around USD10.00 to USD15.00.”

These were the figures shared by Peter Gillette, Chairman, Gillette Group during a panel discussion at the Investment Forum. “There is a tremendous labour arbitrage opportunity” according to Gillette, and “labour arbitrage exists at all levels.”

Liam Donnelly, Chief Revenue Officer, Digicel Group added that “the education system is very strong in Trinidad and Tobago…we believe we can get a higher level of technical expertise within the market. From a recruitment perspective we have a huge amount of choice and we’ve been able to tap into that local asset to improve Digicel’s credibility and scope across the region.” Donnelly further stated that “the Government was very open to bring a new competitive advantage to the market.” The openness of the Government of Trinidad and Tobago to do business with Digicel was the biggest attraction for the leading global communications provider to set up operations on the island.

Moderated by Ian Hunter, Director, OCO Global, the discussion enlightened over 40 participants, including prospective investors from across the globe, on the attractiveness and competitiveness of the nascent Business Process Outsourcing industry in Trinidad and Tobago. Gillette expressed that Trinidad and Tobago as a destination for Business Process Outsourcing is “a well-kept secret”.

He stated that in addition to the highly skilled, educated and available labour pool, the country has the ability to connect to it in a reliable way as Trinidad and Tobago has 5 off-island fibre connections from every major carrier. Donnelly underscored the strength of the digital infrastructure in Trinidad and Tobago as he said that the multiple submarine fibre cables that go from Trinidad and Tobago up and throughout the Caribbean into the United States “give us a lot of diversity and security for our business.”

With regard to broadband penetration, Gillette pointed out that “86.6% of all households in Trinidad and Tobago are connected by broadband”. He emphasized that this connectivity brought about major advantages for the omni-channel center when the center had to swiftly pivot to the work-from-home work environment. Donnelly shared that Digicel also benefited from the country’s reliable digital infrastructure as it was able to “shift and move over in 48 hours, over 400 people into an integrated end-to-end system that can manage the call center - from Trinidad and Tobago, across the region.”

InvesTT continues to facilitate outsourcing companies in Trinidad and Tobago which contribute to the increase in jobs across the country. In 2015 the investment promotion agency secured its first big win in the BPO space with iQor, a Florida based call center with 2 operations in Tamana InTech Park and Barataria and with expansion plans for a 3rd center in Chaguanas. In 2021, InvesTT facilitated Call Centre Pros, another Florida-based industry leader which recently opened its doors in Chaguanas to serve top international brands.

Connect with us at https://bpo.investt.co.tt/ to learn more about the investment opportunities in the BPO industry in Trinidad and Tobogo.