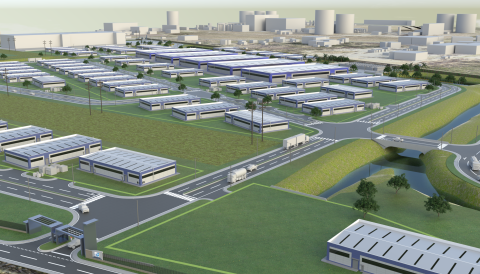 Representatives from a variety of industries across China were eager to have their investment enquiries on the Phoenix Park Industrial Estate answered during a webinar hosted on 17th August by InvesTT and the Beijing Construction Engineering Group (BCEG) T&T Company Limited. In his introduction, Sekou Alleyne, President, InvesTT affirmed the agency’s satisfaction to work with BCEG as well as this country’s overseas mission in Beijing on the initiative. The collaboration aims to raise awareness of Trinidad and Tobago as an investment destination while promoting the Phoenix Park Industrial Estate as a base of operations for Chinese firms seeking to target large markets in the Americas.

Senator the Honorable Paula Gopee-Scoon, Minister of Trade and Industry, Trinidad and Tobago was at hand to deliver the main address in which she thanked the Chinese investors for their high level of interest in Phoenix Park Industrial Estate. The Trade Minister said she was “especially pleased with the project milestones that we have achieved within the last 10 ½ months”.

"The establishment of Chinese companies at the Estate will enhance the state of trade relations and joint cooperation between the Governments of the Republic of Trinidad and Tobago and the People's Republic of China."

The Minister went on to state that Trinidad and Tobago remains open for investment and will continue to facilitate site visits for investors, in compliance with the required pandemic protocols.

Mr. Sekou Alleyne presents Trinidad and Tobago to an audience of Chinese investors (in a previous event).

Questions posed to InvesTT by the Chinese company executives demonstrated their eagerness for information on the accessibility of foreign exchange in Trinidad and Tobago, investment opportunities in e-commerce, labour costs and Special Economic Zone incentives at the Phoenix Park. Mr. Alleyne’s responses were well received by the Chinese investors who were stimulated even further to set up operations at the Estate and anxiously await its completion in the near future.

Mr. Alleyne closed by reiterating that Trinidad and Tobago looks forward to the continued interactions between the People’s Republic of China and the Republic of Trinidad and Tobago, and recapped that InvesTT is eager to facilitate all investors in getting their business operational at the Phoenix Park Industrial Estate.

Phoenix Park Industrial Estate is the first project to be developed in the Caribbean as the concept arose in 2018 out of a Memorandum of Understanding between the governments of the Republic of Trinidad and Tobago and the People’s Republic of China, for joint cooperation within the framework of the Belt and Road initiative. Phoenix Park is a state of the art facility, situated on 144 acres in Point Lisas, Central Trinidad. Ideally suited for businesses operating in Manufacturing & Assembly, Logistics & Distribution and ICT Industries, Phoenix Park is perfectly positioned for global consumer market access.