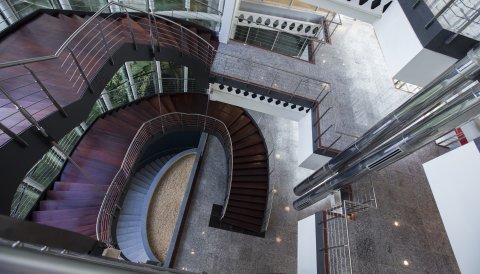 Consultancy: Drafting of a White Paper on the Movement of Business Persons in CARICOM via a CARICOM Business Visa

Caribbean Export is seeking the professional services of a consultant whose primary goal will be to draft a white paper to help guide further discussions at the level of CARICOM Heads of Government on the Movement of Business Persons in CARICOM via a CARICOM Business Visa.

In 2014, the Regional Investment Promotion Strategy (RIPS) was developed as a part of initiatives undertaken within the framework of the 10th European Development Fund Regional Private Sector Development Programme (10th EDF RPSDP), a programme managed by the Caribbean Export Development Agency (Caribbean Export). The RIPS was a response by Caribbean investment promotion agencies to the need to promote the Caribbean as a single destination for investment given that investors, in large part, tended to identify their next investment location based on a regional benchmarking assessment first before deciding on the country within the selected region. By pooling their value proposition, it was felt that Caribbean countries stood a better chance at making the investor’s short-list and for one country in the region to land that investment.

The RIPS identified a proactive investment promotion agenda, including target markets and sectors for the Caribbean, as well as a communication plan and a regional investment climate component to create an attractive regional investment climate. Various elements of the RIPSare being implemented under the 11th EDF RPSDP managed by Caribbean Export. As a part of the policy reform agenda, the RIPS proposed the unification of business visa regimes in the Caribbean to allow for the easy movement of non-CARICOM business travelers.

The RIPS Study (Pages 39-40) notes the following: “Due to differentvisa regimes, each CARICOM country has a different regime for visa requirements for non-CARICOM nationals, creating a hassle for investors who want to visit several CARICOM countries in one trip and increasing the costs of time and procedures for doing business in the region.

Removal of the visa obstacles is seen as an opportunity to improve the region’s investment climate; therefore, it is being added as one of the initiatives for the Regional Investment Climate Component. A unified visa regime that allows a visitor to travel to any of the 15 CARICOM member states with just one visa will simplify already challenged air connectivity within the region.”

The development of a unified entry visa system for CARICOM is not a unique undertaking. In 2007, during the hosting of the Cricket World Cup (CWC) in the West Indies, the region adopted a unified scheme that allowed cricket-lovers entry into several CARICOM countries under 1 visa – a visa that could be acquired in any CARICOM country embassy/consulate. This unified scheme was abandoned with the ending of the CWC 2007.

Internationally, a similar scheme has been in existence for theEuropean countries party to the Schengen Agreement since 1990. This business visa is an authorization of the designated country/countries of destination within the Schengen Area issued to the citizens of countries that have mandatory visa requirements from the Schengen Zone
with the sole purpose of doing business in the designated Schengen country/countries. The holder of this type of visa is not required to have the citizenship of the designated country to execute their business agenda. This system allows for the definition of procedures for issuing a uniform visa, operation of a single database for all members known as
SIS (Schengen Information System), as well as the establishment of a cooperating structure between internal and immigration officers in the region. The member states of COMESA (The Common Market for Eastern and Southern Africa) are also considering implementation of a similarinitiative.

The implementation of a such a scheme for CARICOM would undoubtedly send a strong signal to potential investors that the Caribbean is business friendly. It would also widen opportunities for business travel and with it increased business throughout the region. Through this technical assistance, Caribbean Export is seeking to develop a white paper to help guide further discussions at the level of CARICOM Heads of Government on the movement of business persons throughout the CARICOM region via a CARICOM Business Visa.

Please request a response to ensure receipt of your submission.