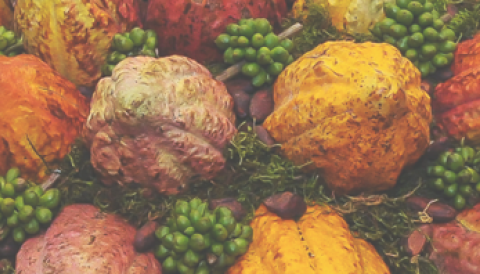 The Cocoa and Coffee Marketing Cooperative (the Cooperative) in Trinidad and Tobago is seeking to expand their cocoa processing output capacity. In light of this, the Cooperative requires a partner for an offtake agreement to achieve this goal.

Trinidad and Tobago (T&T) has been an exclusive cocoa-producing location for over 200 years and is one of the few countries in the world that produces a fine/flavour cocoa. Some of the world’s finest and best varieties of cocoa such as the Trinitario, Criollo and Forastero are indigenous to the islands.

Fine/flavour cocoa beans from T&T and other Caribbean islands command a premium price on the international market. Additionally, T&T has the advantage of being a leading centre for cocoa germplasm research. (Jacque & Neptune, 2007)

According to the International Cocoa Organization (ICO), fine/flavour cocoa accounts for five percent (5%) of the total cocoa production worldwide. This 5% was estimated at three hundred thousand (300,000) metric tons of cocoa.

The Cocoa and Coffee Marketing Cooperative is the largest purchasing body for cocoa in the country with a market share of over 50% and produces approximately 200 metric tons of fine/flavour dried cocoa beans annually.

Currently, the beans are collected from over 250 farmers in East Trinidad and are fermented within 24 hours at a central fermentation center, where each batch of cocoa is dried separately to ensure region types are disaggregated to suit taste preferences.

The finished cocoa fetches US$6200 per metric ton on the international market. By the end of 2017, the cooperative aims to produce 60% natural gas and 40% sun dried beans. A partner is required in order to achieve this goal.

Talk to our expert