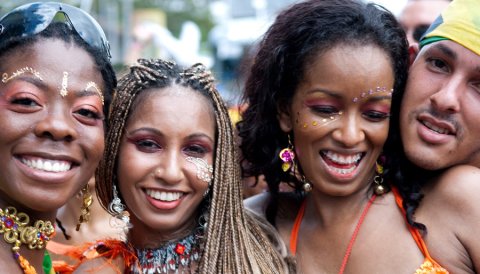 Trinidad and Tobago the happiest country in the Caribbean

Trinidad and Tobago has been named the “happiest” Caribbean country to live in according to the United Nations (UN).

The country ranked 38th happiest country in the world based on the 2018 World Happiness Report released by the Sustainable Development Solutions Network for the United Nations.

Trinidad and Tobago maintained its spot from last year at 38th out of 156 countries after climbing up a couple spots from 43rd in 2016.

The next-highest-ranked Caribbean country on the happiest scale was Jamaica, which placed 56th in the world. Haiti was at 148. Finland took the top spot for being the happiest place in the world. Second was Norway, followed by Denmark and Iceland.

This year’s World Happiness report featured data about the happiness of immigrants in their host countries. It found that the 10 happiest countries also scored highest on immigrant happiness, which suggests that migrants’ overall well being was tied to the quality of life in their adopted home.

This is the sixth World Happiness Report published, which is in support of the UN High Level Meeting on happiness and well-being. It is also considered to be the proper measure of social progress and the goal of public policy.